What's on your mind?

I realized that ajin.net was a working URL for the official site.  I wanted to add it to references in Okuyama's page, but I'm new to wikia and I don't actually know how to do it.  Can someone either tell me how to add a reference section or add it for me?

in ajin ajins can regenerate from any wound once they die with the regeneration centering itself around the largest portion of mass, right so far? in the anime the old man saids that if you remove an ajins head and distance it from the body a new head will grow in its place and so this is "death" to an ajin as you can never be sure that the new head is still "you". however in the OVA chapter or the pilot manga im not sure which an ajin loses his head during a motorcycle accident. this ajin seemed about the same before and after the crash. so was the old man just screwing with the protagonist(becasue he knew of the above(maybe)) or did he seriously believe in his threat

(edited by A Fandom user)

I see some similarities between the two, i am a fan of both so i cant decide which one is better. They are both very unique in their own way, what are your thoughts?

i love the manga! And i was exited to hear about the manga! Im not used to seeing cgi animation exept in the naruto shippuden games lol what are your thoughts? It looks interesting. Vine: SHOGI

(edited by A Fandom user)
Guidelines 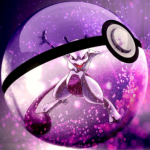 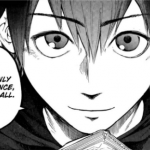